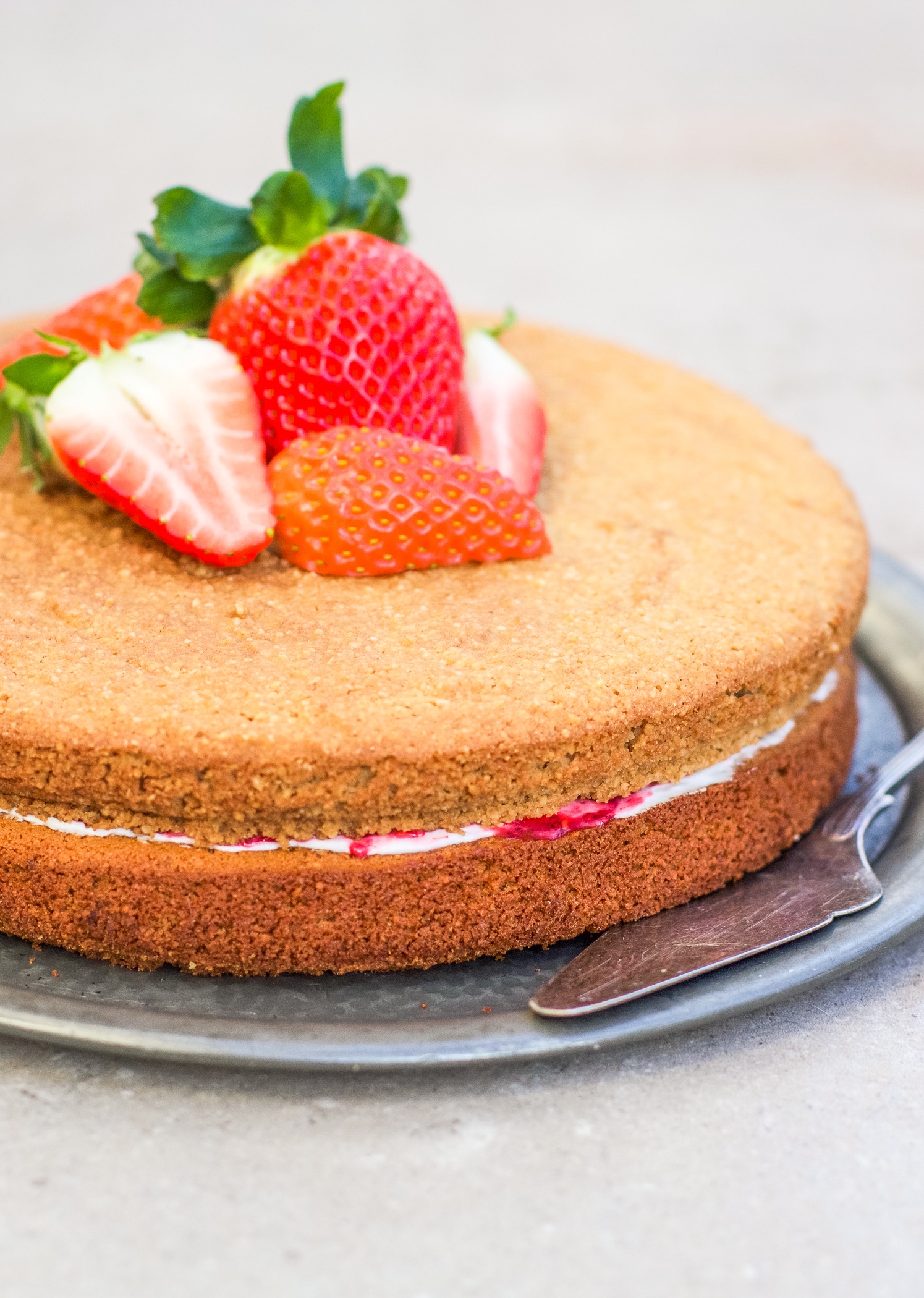 This is a new and improved version of an old recipe with a plant based twist. Victoria sponge is hard to beat, I just love the whippy coconut filling with the sticky jam and it’s perfect for celebrations. It’s gorgeous with some edible flowers on top too if you want to try that. 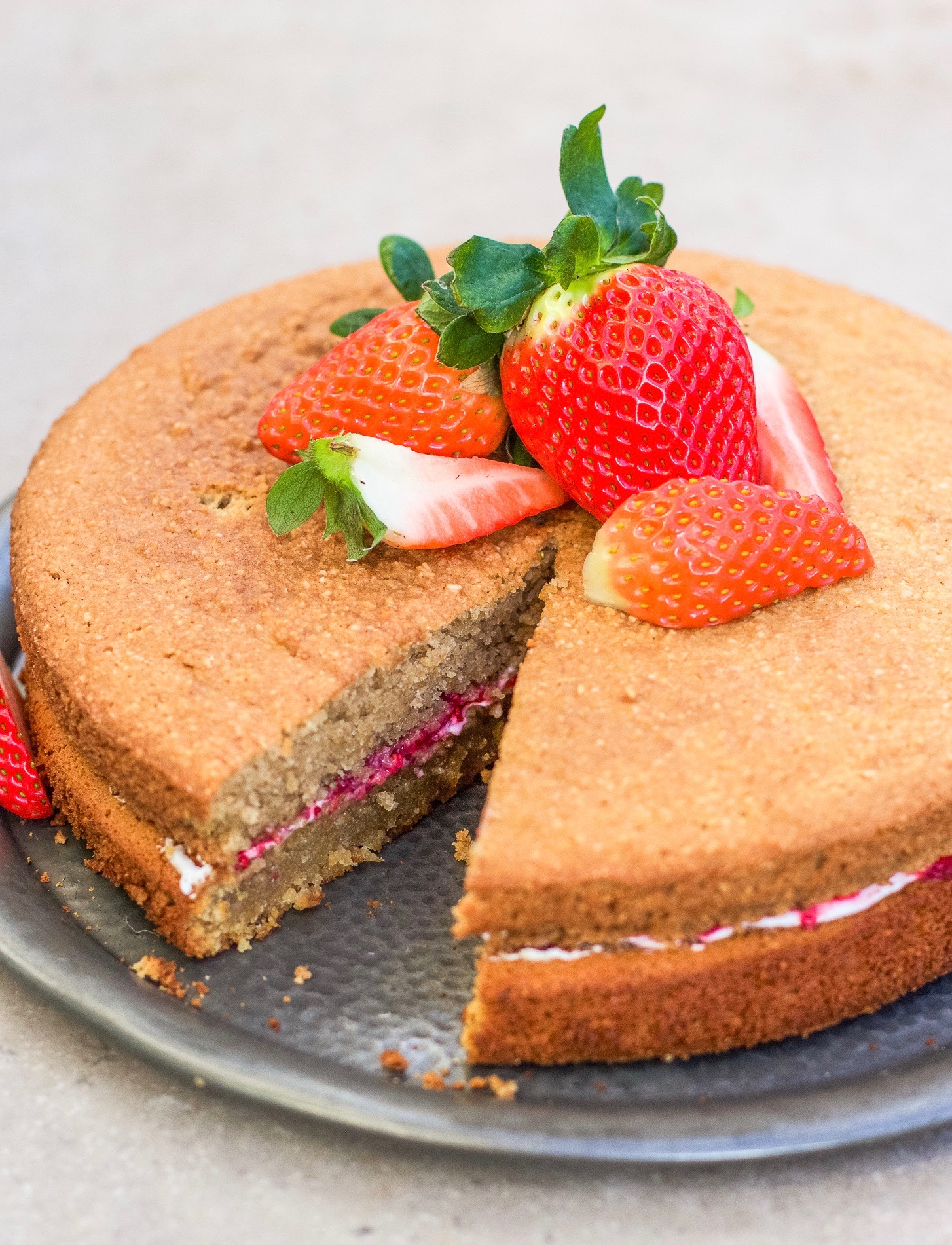 In a medium bowl, combine the oat milk and vinegar and set it aside.

In a large bowl, mix together the flour, coconut sugar, a pinch of sea salt and the baking powder and baking soda.

While mixing, pour the melted coconut oil and vanilla essence into the dry ingredients. When that’s incorporated, gradually add the milk while continuing to mix.

Divide the batter evenly between your cake tins, if you want to be precise there should be about 640g of batter in each tin.

Bake the cakes for about 36 minutes until golden and springy with the edges coming away from the tin.

Leave them to cool completely on a wire rack while you make the jam and icing.

When the cakes are cool, make the jam (link in ingredients).

To make the cream, add the coconut yoghurt to a large bowl with the maple syrup and whip using an electric mixer for about 5 minutes until light and airy.

Spread the cream over the top of one cake, followed by a layer of the jam. Don’t spread them out all the way to the edge as they will spread out a little when the second cake it place on top.